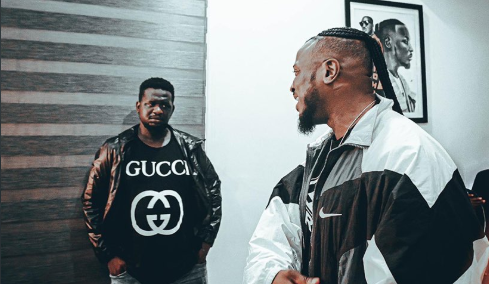 DMW singer Peruzzi and music veteran Wande Coal are cooking up some new music together. The music stars got together in the booth to record some fire tunes.

Peruzzi shared some photos and clip from his studio session with Wande Coal while ramping up fans anticipation for the incoming song.

While fans are yet waiting in anticipation for a Peruzzi and Wande Coal collaboration, the former dropped a 3-track extended play recently. The 3-EP featured UK music star Not3s on a song ‘Reason’.

Meanwhile, Wande Coal has delayed the release of his EP which was schedule for release in March, no new updates about the EP is forthcoming at the moment from the singer.

Okay It Is Finished!😂 pic.twitter.com/sQq4P8mECi