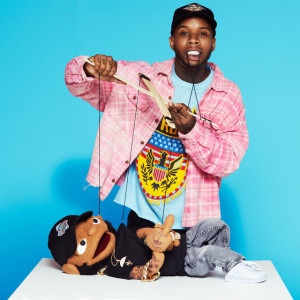 A new unreleased song by American rapper and singer, Tory Lanez has surfaced online out of nowhere.

Although the singer and rapper hasn’t released an official song for the new year yet, fans have decided to bless themselves with a record by breaking through his songs cabinet and sharing this song called “Let’s Get Married”.