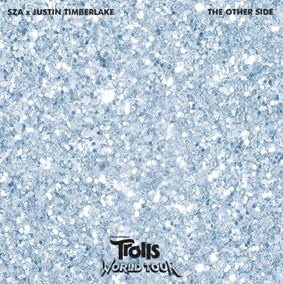 SZA & Justin Timberlake – The Other Side

American singer-songwriter, SZA has linked up with Justin Timberlake on a new movie soundtrack called “The Other Side”.

Having danced his way to #1 with ‘Can’t Stop The Feeling’ from the 2016 ‘Trolls’ soundtrack, JT has been gifted the opportunity to mould the entire compilation this go round.

Does his first effort deliver? Listen to the Max Martin produced ‘The Other Side’ after the jump.

Funky, infectious, and clearly carved for radio, this has the makings of a hit. A smash? Who knows. But a hit, for sure.

The enunciation of the lyrics occasionally drives down “Hard To Decipher Avenue” but the melodies are strong and memorable.