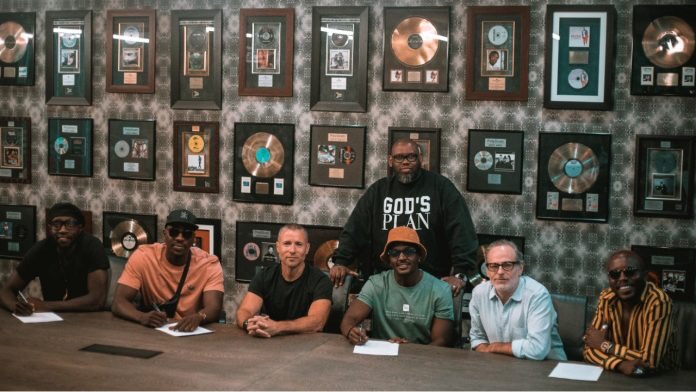 The agreement will give the band access to UMG’s global network around the world and will allow greater opportunity for the band to reach new audiences globally, whilst continuing to satisfy and excite their dedicated fanbase with bold, creative campaigns that will engage a new generation of fans throughout Africa.

The band released their well-received debut studio album, ‘Mwanzo’ in 2008, followed by, ‘Sol Filosofia’ in 2011, which amassed multiple accolades in the form of awards and nominations. The music video for the single ‘Coming Home’ earned them the Best Music Video award at the Kisima Music Awards, as well as, the Best Fusion Artist/Group of the Year award. Their collaboration EP with South African rapper and producer, Spoek Mathambo was released in 2012.

The music video for the single ‘Range Rover’ was shot at an old Dutch ammunition factory in Zaandam, Netherlands, which has since become a cultural heritage site. ‘Live and Die in Afrika’, their 2015 third studio album was released for free download for 48 hours. This early Christmas present to their fans garnered 400,000 downloads in that period alone.