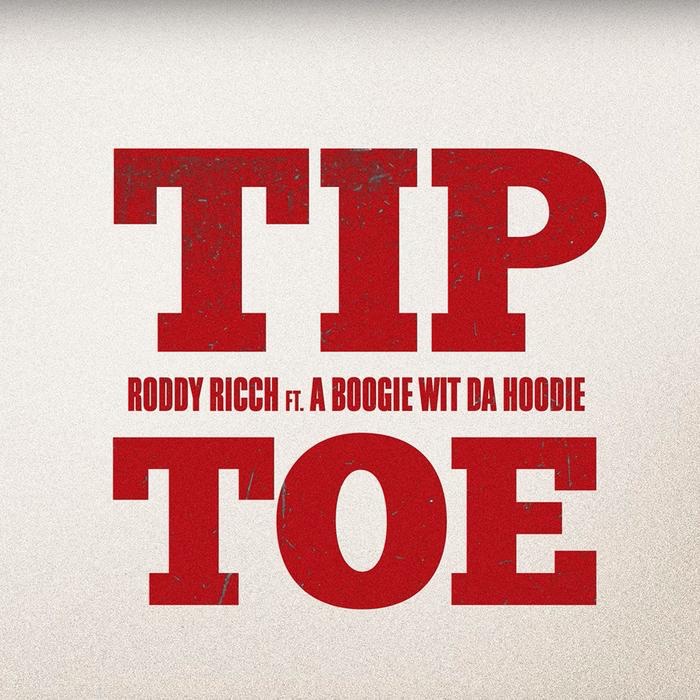 Roddy Ricch has been one of the most successful new acts this year and he hasn’t shown any sign of slowing down. With a lot of impressive songs released this year, he has again returned with a new single titled “Tip Toe” featuring A Boogie Wit Da Hoodie.

When he first started breaking out, people immediately took notice of his sharp melodies and his ability to create a long-lasting pop/rap banger. His struggle-filled lyrics are in line with rappers that portray a harder street background but the Big Stepper presents himself as more of an antisocial superstar. We’ve been waiting for more information regarding Roddy Ricch’s upcoming album and, finally, the day has come. Not only have we gotten a release date but Roddy Ricch hit up Zane Lowe’s radio show on Beats 1 to discuss his new single “Tip Toe” with A Boogie Wit Da Hoodie and a surprise feature on the forthcoming body of work.

Releasing on December 6, Roddy Ricch will officially make his mark on the hip-hop scene, coming through with a full-length effort and revealing that Meek Mill will be featured. “The album’s coming on December 6th, man. Please excuse me for being antisocial,” told Roddy Ricch to Zane. “It’s going to have a couple of features on it. I mean, most definitely. Me and Meek ain’t really had our time to really just shine on a record together. So for sure, me and Meek Mill, we the only two on the song.”

As for his latest track with A Boogie Wit Da Hoodie, Roddy Ricch is excited for the fans to hear what’s good. “When we first met each other it was just more so just conversation to understand where each other was from, understanding his perspective on how he was raised and what he was brought up doing and he just got to hear a little bit of what I got into and we just had a bond over that,” he said about Boogie. “And then it kind of just grew from that. For me, it’s never been a thing. I used to look at it like, if I’m doing music with somebody, obviously they did it for a purpose, which obviously all the time that wasn’t true, but that’s just how I had looked at it.”

Although they are a lot more about this song that we would really love to talk about, but due to the fact that we know how urgent a listen is important at this point, but we’ll let you take a listen and do the talking yourself.