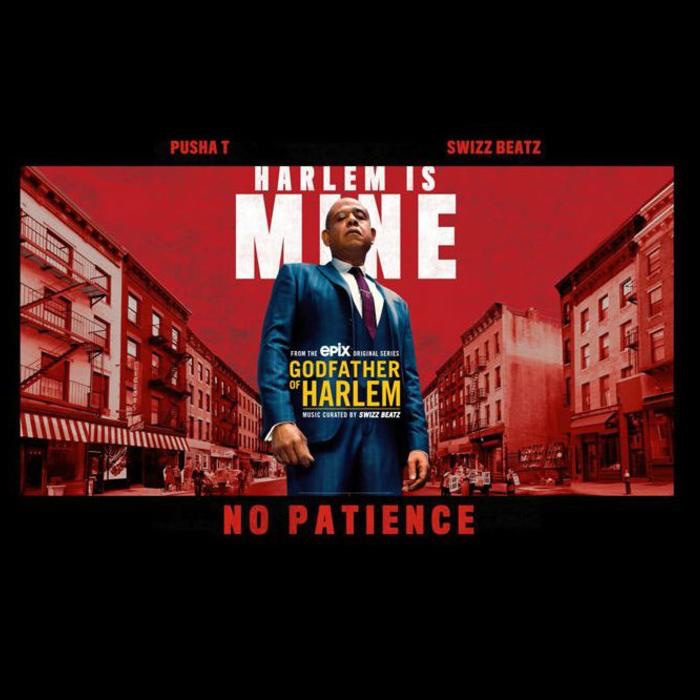 Pusha T and Swizz Beatz has returned with a soundtrack for EFX series “Godfather Of Harlem” as the movie continues to take center stage for weeks with Forest Whitaker tackles the role of Bumpy Johnson.
The series follows the true-life story of the Harlem crime boss and his harrowing moments with the police and nefarious street-life characters, and Swizz Beatz was given the responsibility of curating the perfect soundtrack.

We’ve received tracks that have featured artists like Dave East, G Herbo, and Wale, and now Swizz returns with a collaboration with Pusha T. Each track from The Godfather Of Harlem soundtrack tackles a different subject, telling a story of its own. On “No Patience”, Pusha takes on the perspective of a drug dealer who lines his pockets by making sure the addicts in his neighborhood stay hooked.