From his point of view he considered it an act of disrespect being a Wizkid fan also. Although not many fan saw that as wrong as Akon’s networth and achievements outweighs Wizkid.

See how it started 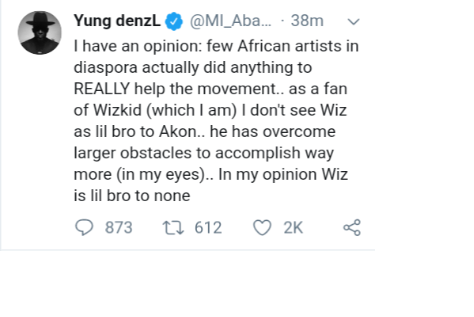 The short-rapper who has majorly been silent on social media since his face off with Vector some months back took to his Twitter page to call-out American-Senegalese superstar Akon for calling Wizkid his little brother. 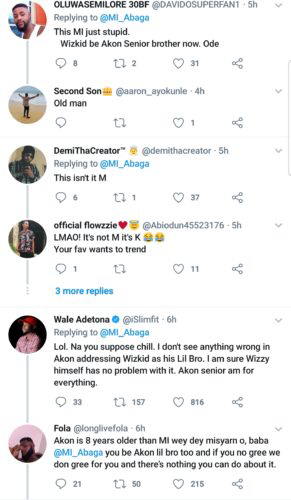 It seemed MI was not impressed with the adjective Akon used in qualifying Wizkid as it is what he always has been using since he knew him. It appears he feel it’s about time he moved-on from referring to Wizkid as that as he is now a ‘big-fish’ in Africa.
He wrote; “OG abeg chill with this “lil bro” yan.” see more tweets below; 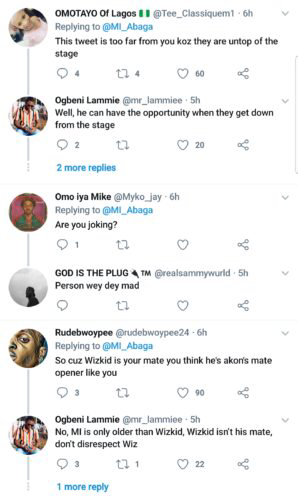