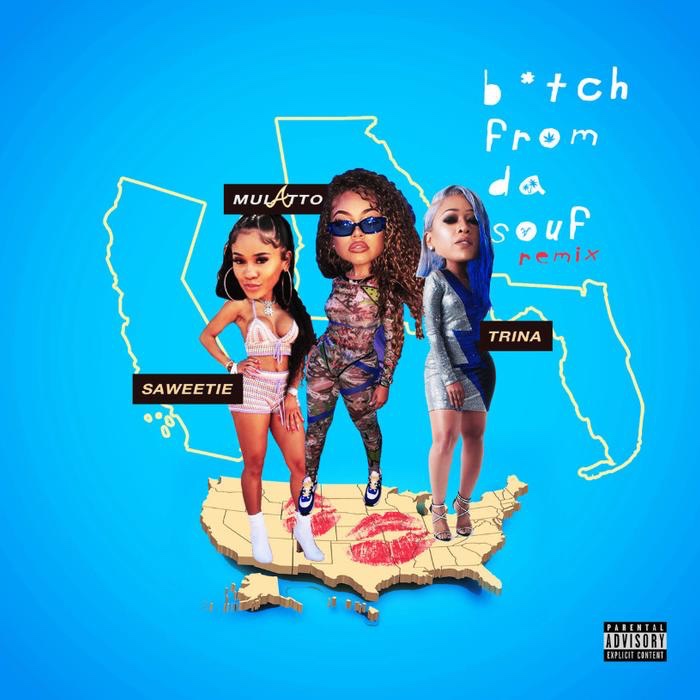 It’s a whole ladies affairs as American act, Mulatto shares the remix of her song “Bitch From Da Souf” with impeccable lineup of heavyweight female rappers in the likes of Trina and Saweetie.

Mulatto who has proven herself since her emergence in 2016 after winner Jermain Dupri and Queen Latifah’s show, The Rap Game.

The solo version of “Bitch From Da Souf” has been buzzing already, but the inclusion of Saweetie and Trina, might give it an egde.