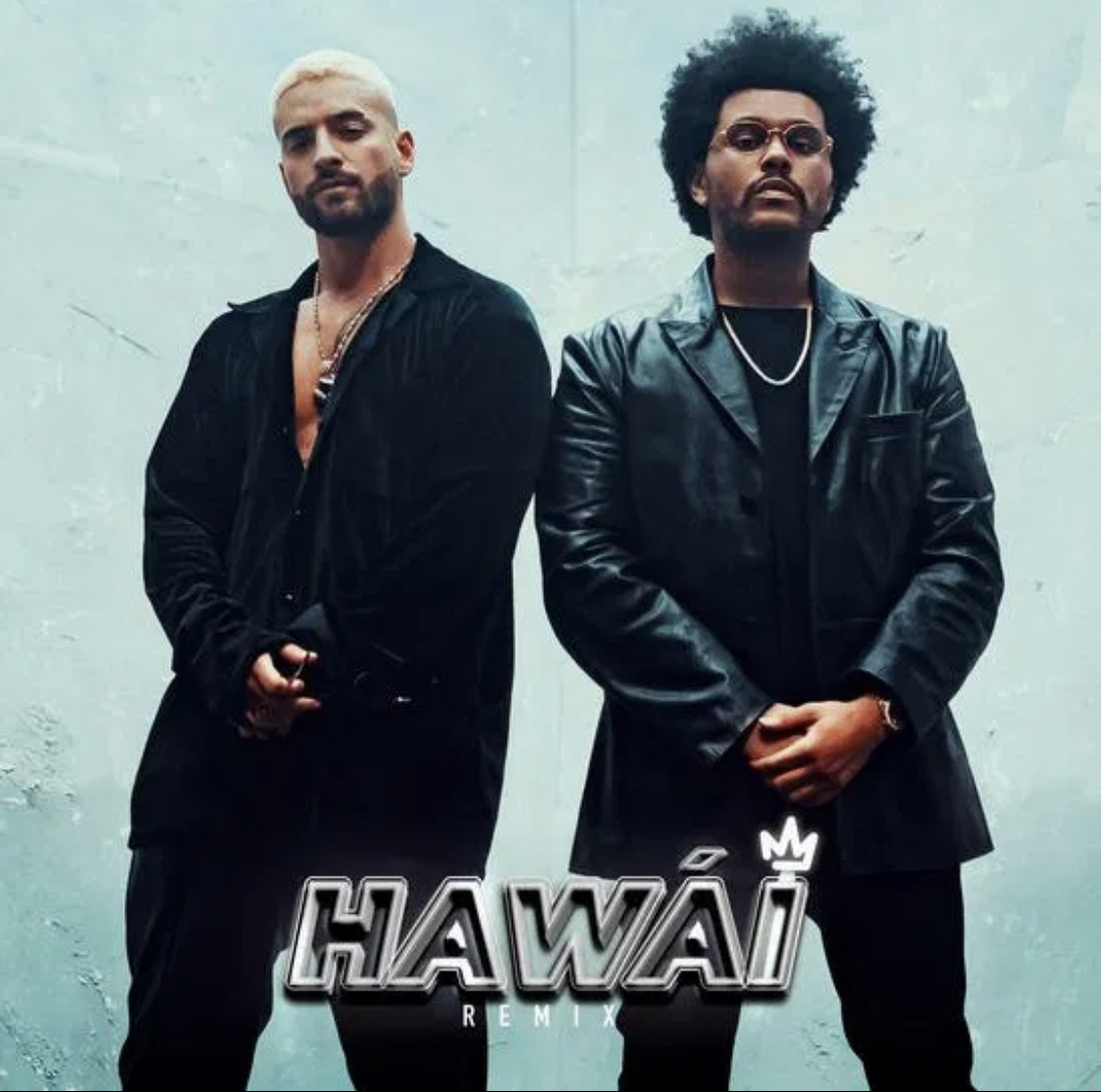 “Hawaí” is one of the biggest songs in the world. It has dominated Billboard’s Global 200 chart, hitting the top spot and holding momentum for weeks.
For the last few days, The Weeknd has been teasing a collaboration with Maluma, recently revealing that they remixed “Hawaí” to give it even more of a boost.

“I have always admired The Weeknd so it feels nothing short of a dream come true to have him collab on ‘HAWÁI’ Remix – he brought another flow to it and sang in both Spanish and English which is impressive,” said Maluma about the new release.

As he expressed, The Weeknd sings the hook in Spanish and, in his verse, he shows more vulnerability than usual. He speaks about a break-up where he told his lover that he wasn’t interested in marriage, claiming that he’d “rather go half on a baby” with her.

In addition to the remix’s release, the music video premiered simultaneously.

The sweet melodious song will definitely make it to your playlist, for your listening and entertainment pleasure.