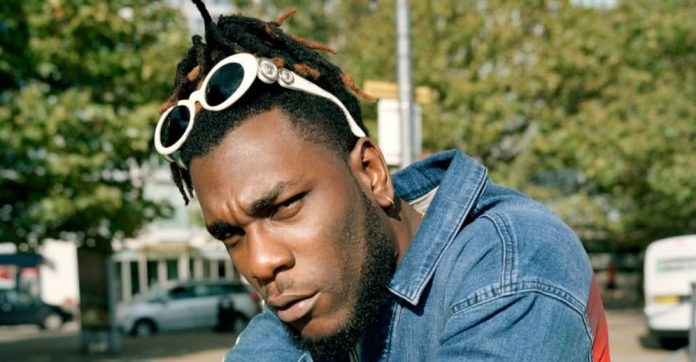 Nigerians are reacting in different proportions as Burna Boy declares himself as the best Nigerian musician alive.

The Grammy Award nominee made the statement via his official Twitter handle.

According to Burna Boy, he mentioned that he is the best Nigerian musician after the late Afrobeat icon Fela Kuti. A statement which did not sit well with some persons on Twitter who antagonised him bringing to his notice that many people paved the way for him. He continued that some people paid money to get the west to like Afrobeat but he did that organically and brought respect to the genre.

The ‘Killin Dem’ crooner again made it clear that so far as his music career is concerned nobody paved the way for him to have an easy ride.

“FACT! I always knew I was and I am THE BEST. Everyone you think is the best KNOWS I’m BEST since Fela Kuti. But @timayatimaya told me something a long time ago that made me not care about being the best. “The World can do without the Best” the world will still spin regardless.”

“Lol. NOBODY paved shit for me. Everybody dey find them own. I bin Out here, if you knew the way they made us look weak by begging and paying the western world to like us you will see that no table was set and I’m the one that brought you the Respect you currently enjoy.”

See his tweets and reactions below; 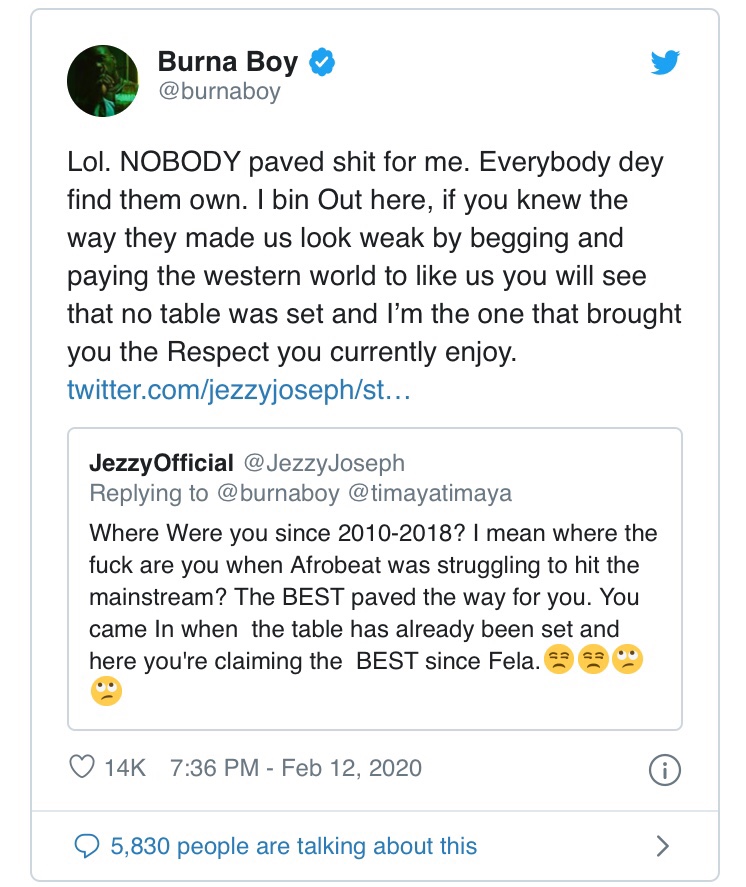 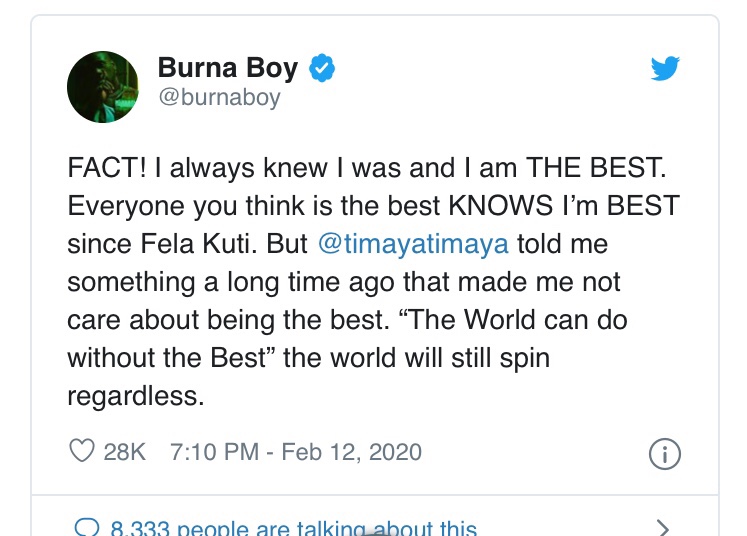