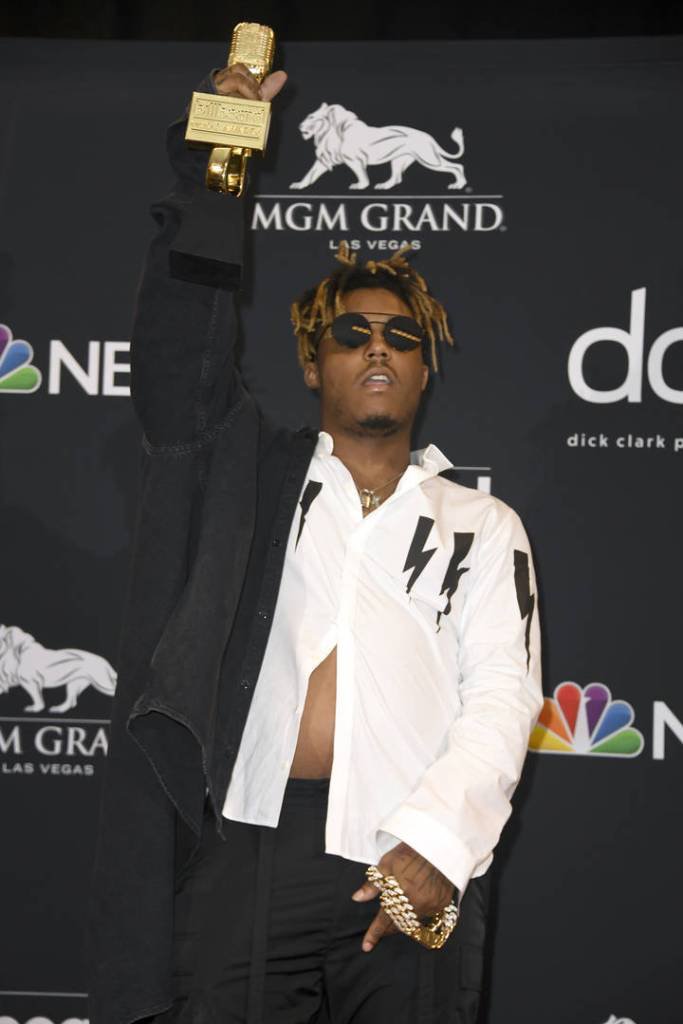 The circumstances surrounding Juice WRLD passing away is truly tragic.

The man was one of the most popular artists in the world, impacting the music industry immediately after breaking out, collaborating with Future on a joint album and earning one of the top songs of last year in “Lucid Dreams.” We’re all revisiting his music this week and, with an autopsy scheduled for later today, his exact cause of death should soon be revealed. For now, assumptions are flying around with many pointing a finger to the rapper’s alleged drug use as the cause of his seizure. A new report will certainly add weight to those claims.

According to TMZ, members of Juice WRLD’s entourage told police that, before suffering a medical emergency at the Midway Airport in Chicago, the star “popped several pills” on the plane. His team was unsure of what he had taken but one person close to the artist reportedly says that he had a Percocet problem. In addition to the pills, a bottle of codeine cough syrup was found on the jet.

Upon inspecting the cargo on the plane, over seventy pounds of marijuana was found stashed away in suitcases. As we previously let you know, two men were arrested on firearms charges at the scene of Juice’s death. Both Chris Long and Henry Dean have been released from jail.

Over 70 pounds of weed was found on his plane. 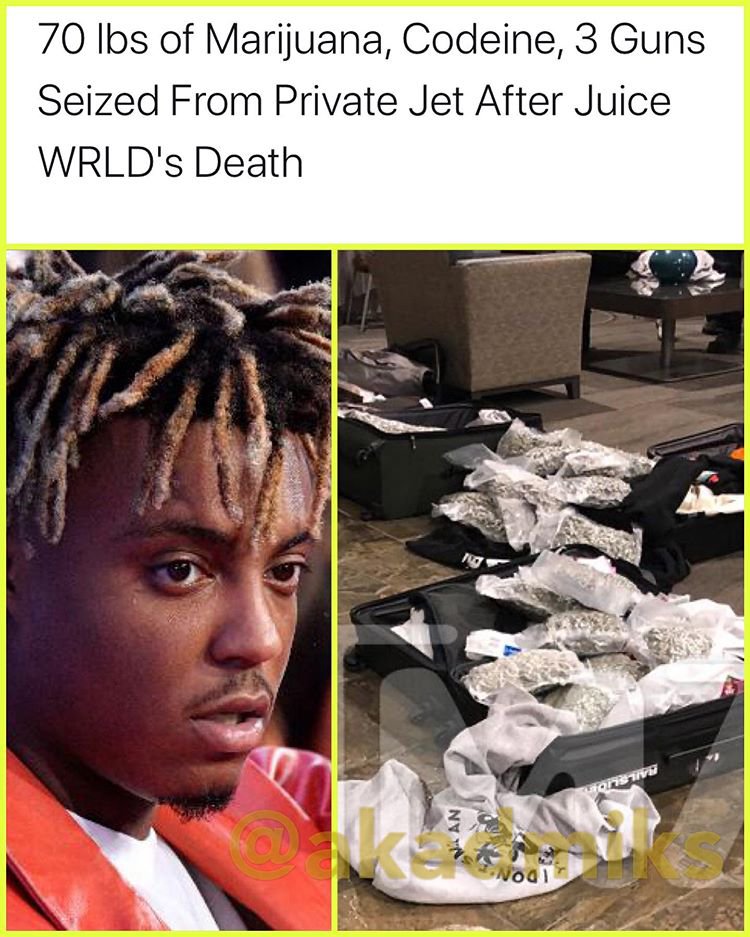 An autopsy is currently underway to determine the exact cause of Juice WRLD’s death on December 8, 2019. When the results are announced to the public, we will finally be aware of what exactly happened in the moments leading to the 21-year-old’s seizure at Chicago’s Midway Airport. New details continue to emerge from the scene of the rapper’s death including a new report that points to a possible opioid overdose.

Social media preemptively assumed that the Chicagoan’s death was caused by a drug overdose and unfortunately those suspicions may be true.

Earlier today, it was revealed that a member of Juice WRLD’s team told the police that the artist had taken “several pills” prior to his seizure. Another man said that he had a Percocet problem.

In an update provided by the Chicago Tribune, it is being reported that officials are already made aware of Juice WRLD’s arrival at the airport when he touched down being alerted that drugs and firearms were onboard the plane. Two of the rapper’s security guards were arrested for guns and after he started convulsing, Juice WRLD was reportedly given two doses of Narcan, a treatment administered when an opioid overdose is suspected. While this doesn’t clear up anything regarding his official cause of death, it does point to the possibility of a drug overdose.