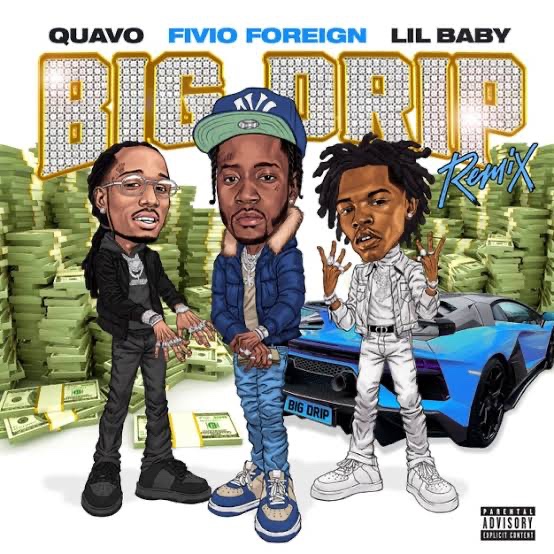 Rising Brooklyn drill artist Fivio Foreign has linked up with Lil Baby and Quavo for a remix of his 2019 hit, “Big Drip”.

Fivio’s 2019 was a big one for Brooklyn’s drip movement, where he found himself climbing the city’s hip-hop ladder alongside fellow drill upstarts Pop Smoke and 22Gz.

After signing a seven-figure deal with Columbia Records in October he went on to his four-track Pain And Love EP a month later in November. He most recently started off the new year with another viral hit titled “Richer Than Ever”, featuring Rich The Kid.

On the remix, Lil Baby and Quavo bring further their Southern flows atop of the drill-centric beat, rapping about opps, trapping, sports cars, and more.