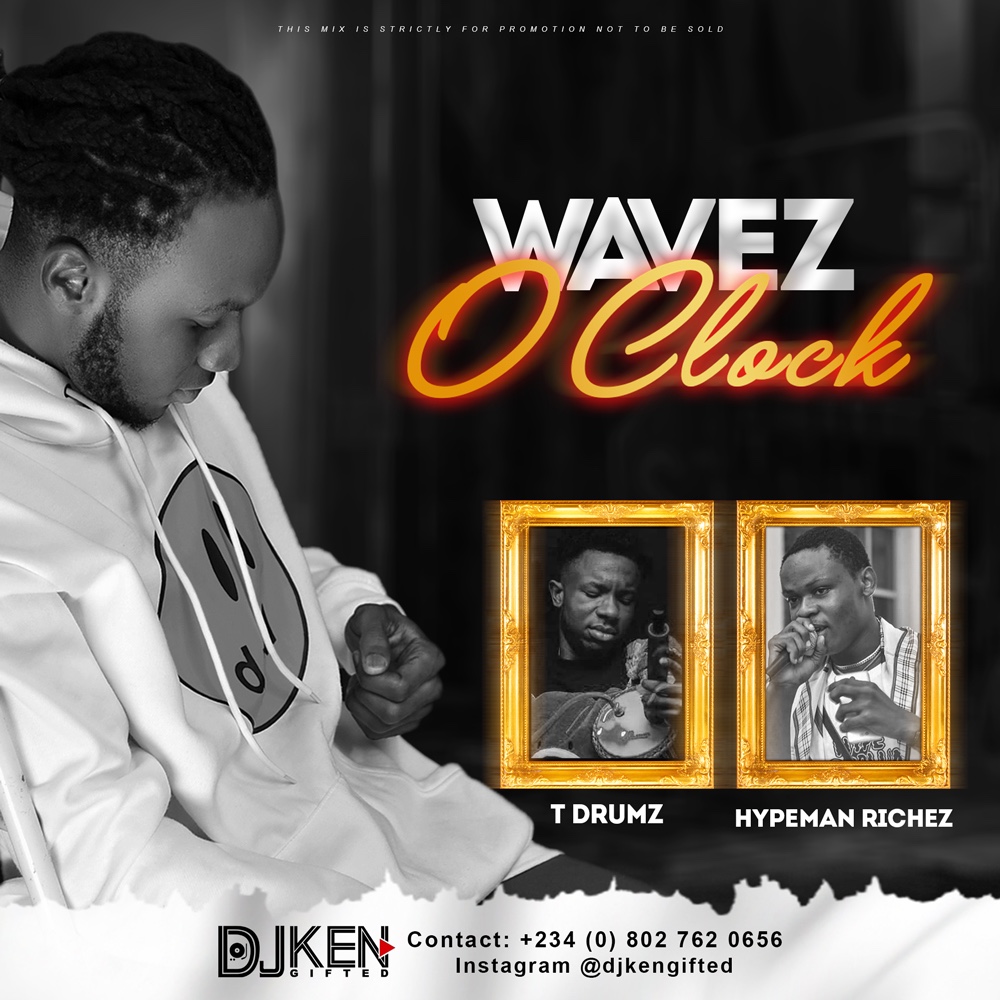 “Wavez O’Clock” is a specially made mixtape by the hotshot Problematic DJ Ken Gifted spiced up with talking drums by maven T Drumz and the hype hoodlum Hypeman Richez to get you in the mood of dancing anywhere.