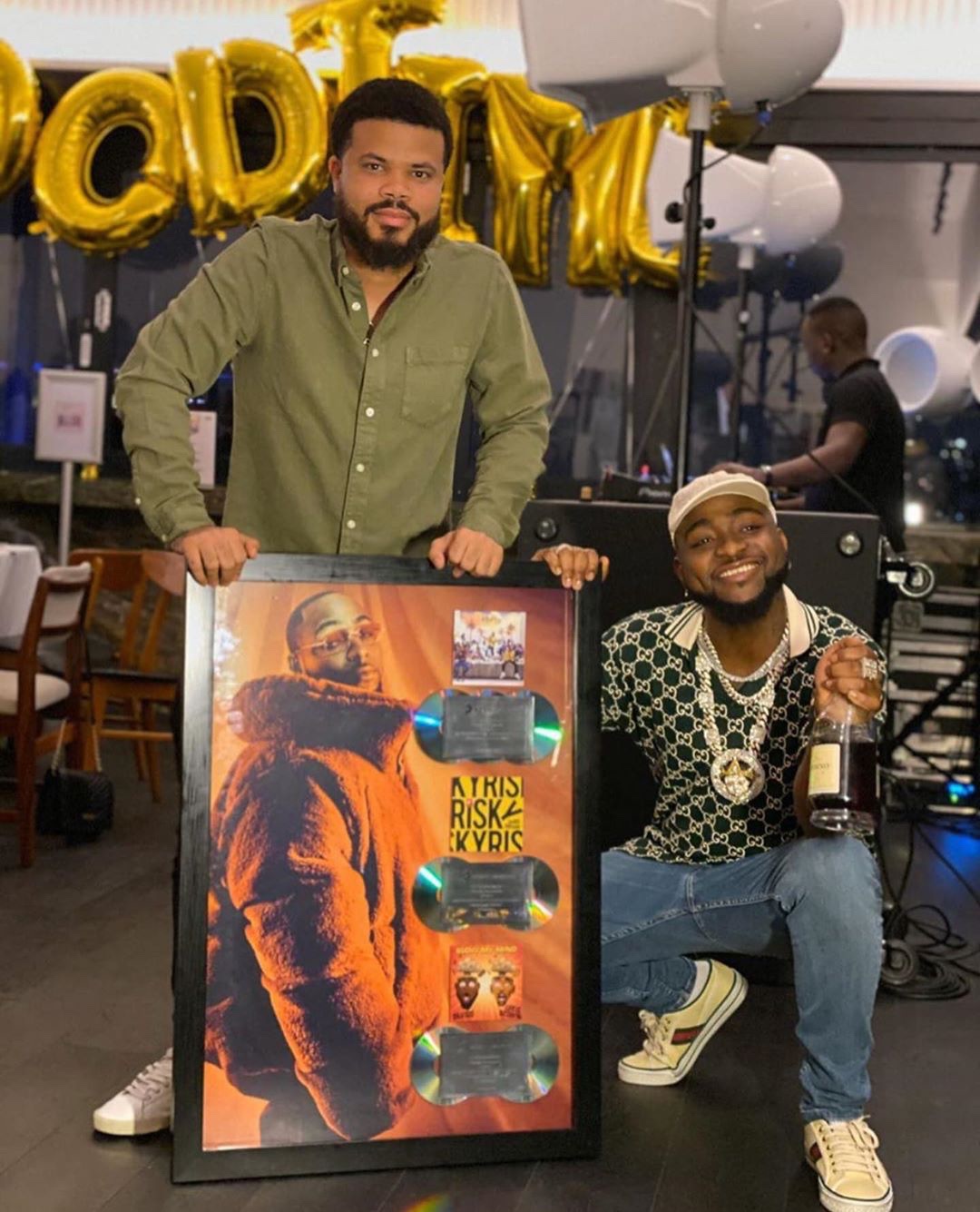 30BG leader Davido is super excited over the success of hits ‘A Good Time‘ album.

The DMW boss was at the headquarters of Sony Music Africa recently were he picked up his plaque after his album got certified double platinum in sales.

The Song Music executives and other DMW were on ground to celebrate the win. Earlier, Davido had received plaques when his songs ‘Fall’ and ‘If’ were certified diamond and platinum in respectively.