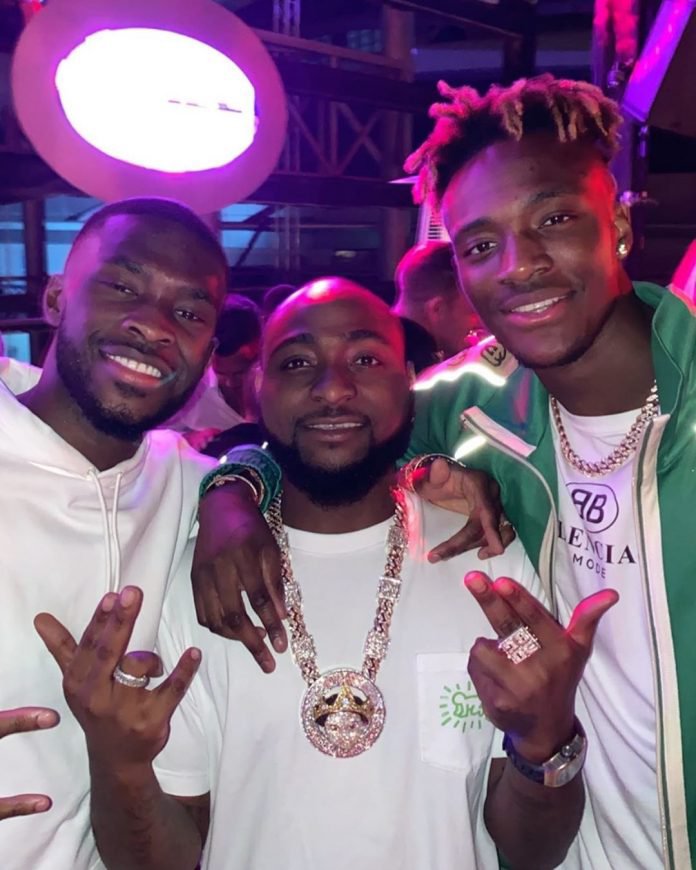 Chelsea Football Club players Tammy Abraham and Tomori Fikayo are making the most of their winter break as they seek fun outside England.

The Chelsea FC stars were recently spotted in Dubai having a good time. Apparently, the boys ran into Nigerian pop superstar Davido who was also in the same club.

The ‘Risky‘ crooner was earlier in Dubai during the weekend for his elder brother Adewale’s white wedding.

Davido and the Chelsea stars Tammy and Tomori were spotted balling at a popular Dubai club.

They had a few camera moments below;