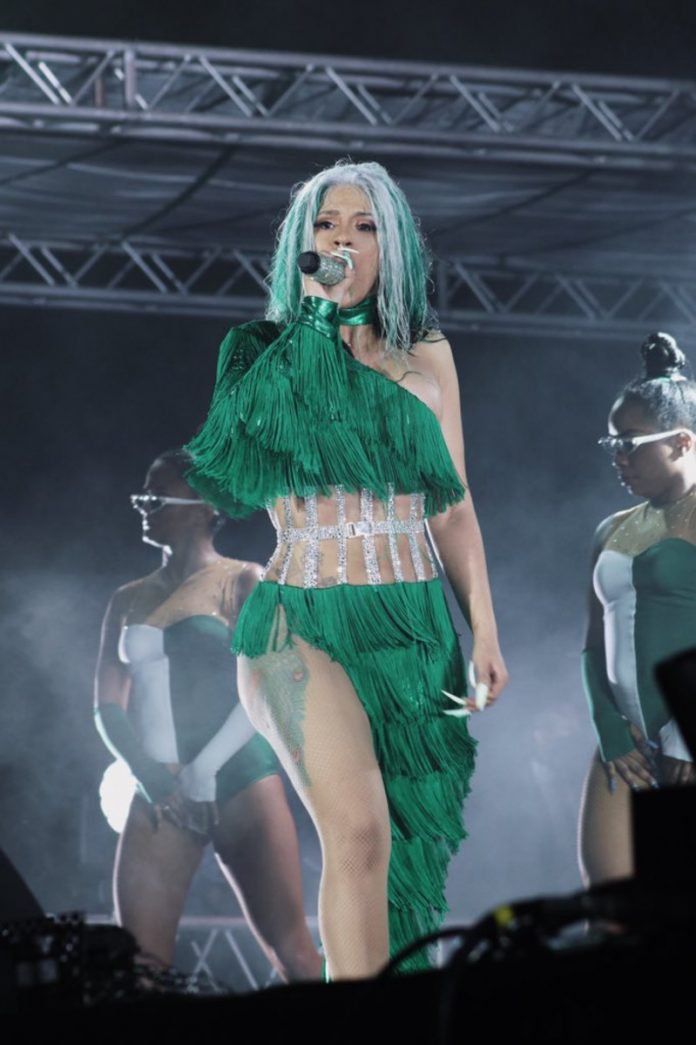 American rapper Cardi B says she will be filing for Nigerian citizenship as she reacts to Donald Trump’s strike order which led to the death of an Iranian army commander, Qasem Soleimani.

The Pentagon, U.S. military headquarters, confirmed in a statement that Qasem Soleimani, the leader of Iran’s elite Quds Force unit of the Iranian Revolutionary Guard Corps was killed in an airstrike at the Baghdad International Airport, Iraq.

Cardi B in her reaction to the killing of Soleimani berated Trump for his decision, stating that he is placing “Americans live in danger”.

She tweeted, “Naaaaa these memes are fuckin. But shit ain’t no joke! Specially being from New York,” she wrote.

“‘Its sad this man is putting Americans live in danger. Dumbest move Trump did till date. ‘I’m filing for my Nigerian citizenship.”

Following her tweet on the issue, Nigerians began to talk about her decision of filing for Nigerian citizenship.

‘Chioma B’, a name given to Cardi B while on her first visit to Nigeria trended with several reactions from Nigerians. 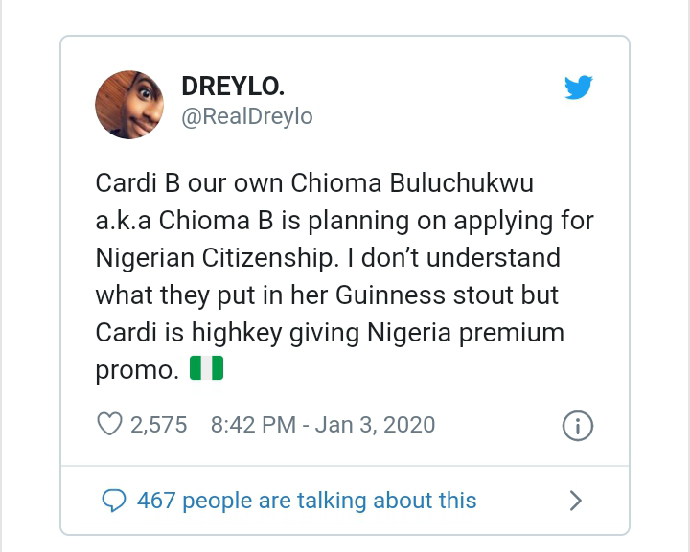 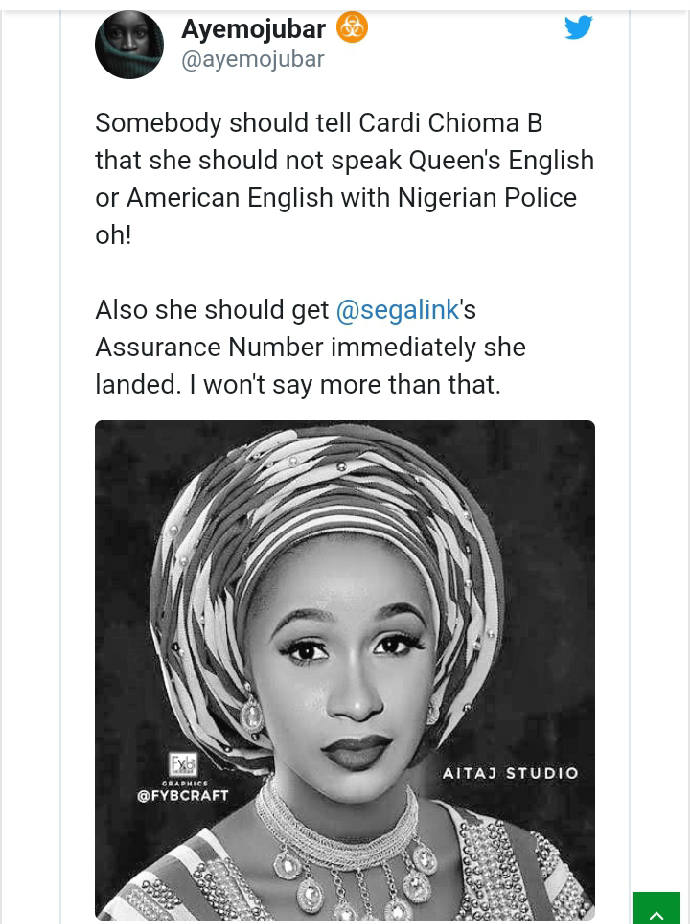 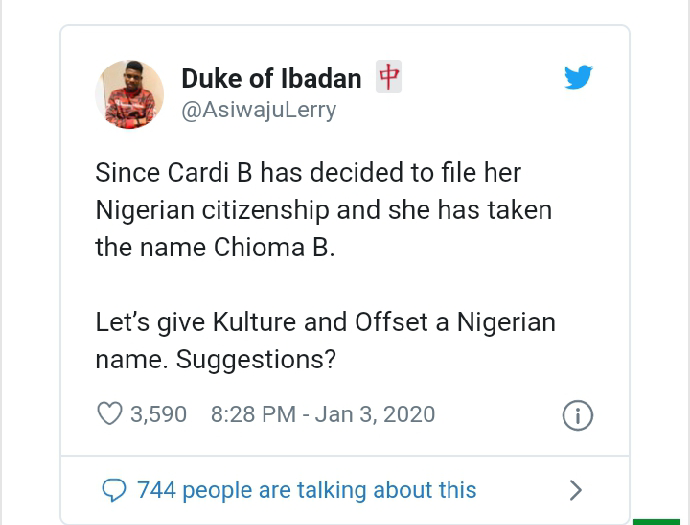 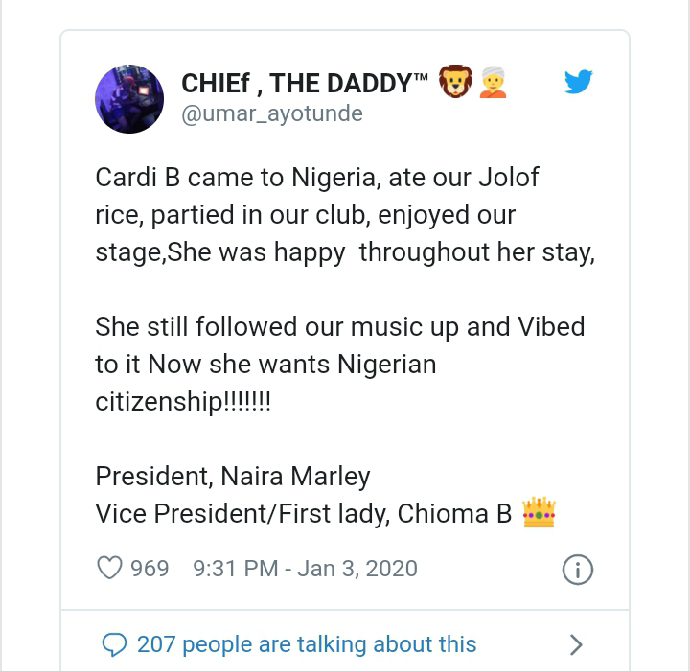