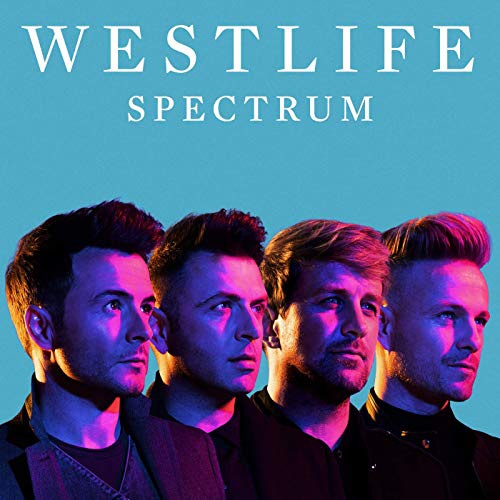 “We think it’s our best work in a very, very long time,” Kian Egan of Irish pop legends Westlife tells Apple Music. Nine years after their last studio album, Gravity, Egan, Nicky Byrne, Mark Feehily, and Shane Filan have reunited. “We met as a band and said, ‘What should Westlife sound like in 2019?’” Shane Filan says. “A lot has happened in music since our last tour.”

They’re right that pop has moved in many directions since those 2012 “Farewell” shows in Europe and China—and especially since their 1999 breakout hit “Flying Without Wings”—but Spectrum absorbs those changes into their sound. The 11 tracks showcase the quartet’s enduring chemistry through irresistible harmonies. “The Westlife sound is based on us as singers more than a type of song or a tempo,” says Egan.

“We’ve managed to create a really cool new uptempo sound, but it still sounds like us, because at the end of the day, it’s us singing that makes it a Westlife song.” Let Filan and Egan guide you through their 11th album, track by track.