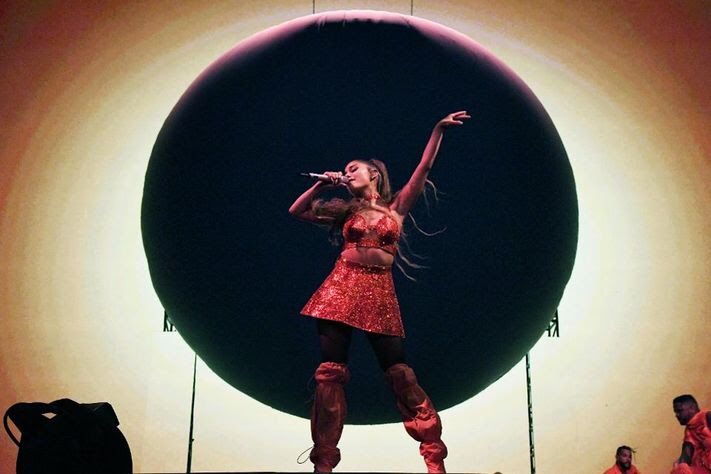 American singer-songwriter, Ariana Grande has shared her very first live album ever. The new project sees her recreates a lot of her great songs in a live version.

With her concert in Inglewood, CA wrapped up, Ariana continues giving back to her fans.

“K Bye For Now” as the project is called, features a massive total of 32 tracks, making it the longest time running project she has released ever.